The Festival of Troubadours: Is it inspired by a true story? 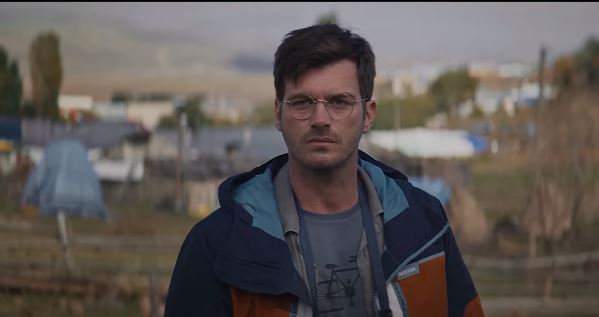 The Festival of Troubadours: Is it inspired by a true story?

CHECK OUT NETFLIX TO SEE IF THE FESTIVAL OF TROUBADOURS WAS INSPIRED BY A TRUE STORY!

For some, this Turkish film written and directed by Ozcan Alper can be a spellbinding journey.

The film features a lot of natural scenery along the way because it mostly follows a father’s relationship with his son after being separated from him for twenty-five years during a road trip.

The calm and tranquil sights they saw on their journey contrasted sharply with the emotions that surfaced inside the car.

Throughout The Festival of Troubadours, Kivanc Tatlitug’s character, Yusuf, is frequently seen stepping back from the stage to put some distance between himself and his father. It’s here where you can learn everything there is to know about Netflix releases.

He does this to quell the rising tide of his rage, which he has managed to contain for so long.

The only question of the hour that concerns him until the end is why his father has never reached out to him in the past twenty-five years. Is, however, The Festival of Troubadours based on a true story?

IS THE FESTIVAL OF TROUBADOURS BUILT ON A TRUE STORY?

The Festival of Troubadours is not based on true events. It is based on Kemal Varol’s award-winning Turkish novel titled Aşklar Bayram.

The latter collaborated on the film’s screenplay with director zcan Alper.

The author dedicated the novel to his father, drawing on his own life experiences to shape the complex father-son relationship that serves as the story’s focal point.

He expressed his feelings about his father and writing this novel assisted him in overcoming his grief.

Reading the novel left an indelible mark on director zcan Alper’s heart. He’d been following Varol’s work for a while and decided to read his book after another reader recommended it.

He read the book in one sitting and was captivated by Heves and Yusuf’s complicated relationship.

The prospect of a road movie was one aspect of the story that piqued Alper’s interest.

Staging two characters who are related but don’t know each other and have a lot of pent-up emotions towards each other in a closed setting, even though they are constantly on the move, proved to be a challenge that the director was only too happy to take on.

Varol’s story and road trip setting allowed the director to flesh out the characters more, addressing their insecurities and demonstrating how their other relationships have been affected by their relationship with each other.

While the book delves much deeper into the character’s emotions, the film omits many details and deviates from the source material.

Taking all of this into account, we can conclude that, while The Festival of Troubadours is not based on a true story, it does draw on the real experiences of those involved in its creation.