The Rings of Power: Did Adar Really Kill Sauron? 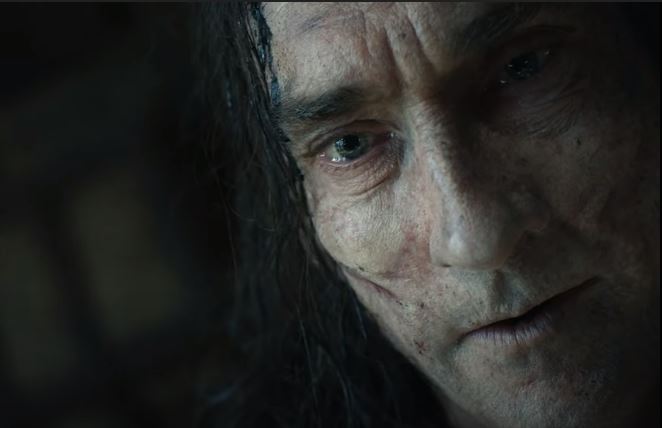 The Rings of Power: Did Adar Really Kill Sauron?

IN THE RINGS OF POWER, DECIDE IF ADAR IS RESPONSIBLE FOR SAURON’S DEATH!

Amazon Prime Video now has The Rings of Power! Continue reading to find out if Adar killed Sauron!

Adar and his army of orcs attacked the southerners in episode 6 of The Rings of Power, titled “Udûn,” and the Nmenoreans stepped in to save the day when all hope seemed lost.

Adar tries to flee after stealing the shattered blade thought to be from Sauron, but Galadriel and Halbrand stop him. Captured, Galadriel questions Adar about Sauron’s whereabouts and identity, and the villain reveals that he is an Uruk.

The first orcs created in Middle-earth are the Black Uruks. They were the first elves to be corrupted by Morgoth, the region’s first Dark Lord, known as Melkor. Everything you need to know about Morgoth is right here.

Melkor thus created the Orcs, a parody of the Eldar, and it appears that Adar, a new character, is meant to represent that race in The Rings of Power.

However, Adar’s remarks did not end there. In Galadriel, Adar claims to have killed Sauron. Is this correct?

Before delving deeper, readers of The Rings of Power can assume that Adar believes he killed Sauron.

In this situation, there is no obvious benefit to lying, and the story of Adar, who claims to want to protect the Orcs from Sauron’s cruelty, matches both the discovery of Galadriel’s experimental chamber in Episode 1 and Adar’s repeated promises to make the Southlands a haven for Orcs.

He is unquestionably incorrect. Sauron is one of the Maiar, angelic and immortal spirits who have existed since the beginning of time. The Maiar do not die in the traditional sense because they are divine and primordial beings.

The Return of the King confirms that Sauron lives on as a weakened spirit floating helplessly in the shadows even after the destruction of the One Ring. Everything you need to know about Episode 7 is right here.

Adar may have killed Sauron’s physical body, forcing his spirit to flee until he regained sufficient strength to return.

At worst, Adar’s treachery would have been an annoyance to Sauron. Read on to find out who the Meteorite Fallen Stranger is.

Sauron’s physical body, for example, vanished after the destruction of Nmenor. Tolkien writes that the villain’s spirit lives on, retreating to Middle-earth and gradually forging a new form over time. This could explain how Sauron challenges Adar’s blade in The Rings of Power.

Sauron could only wait in secret for his strength to return and for the body that Adar may or may not have murdered to be replaced by a new one, as the Valar are unlikely to bring him back as “Sauron the Crimson.” form. A detailed explanation of the end of Episode 6 can be found here.

If Adar killed Sauron’s physical form and forced him to recover for centuries, the villain may return to Middle-earth as a fiery meteor with no memory of him.

As a result, the theory linking Sauron to the alien remains valid. Simultaneously, Adar’s forced exile of Sauron bears an uncanny resemblance to Halbrand’s fate…