The Rings of Power Episode 3: Explanation of the end! 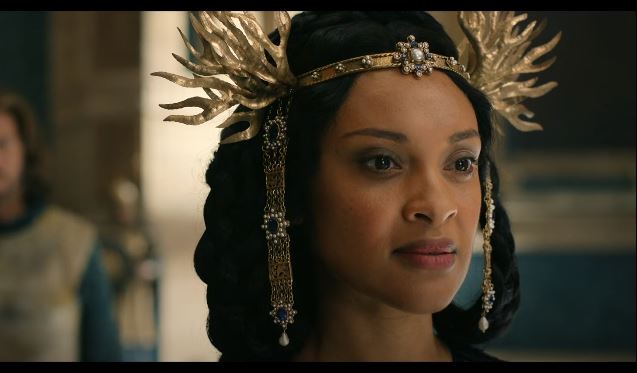 The Rings of Power Episode 3: Explanation of the end!

DISCOVER THE EXPLANATION FOR THE END OF THE RINGS OF POWER EPISODE 3! WHAT BECOMES OF ELVES WHO VISIT VALINOR?

Amazon Prime Video now has The Rings of Power! Continue reading for an explanation of the ending of Episode 3!

Not that ours is the only one with issues. Arondir was kidnapped by orcs and taken to a labor camp run by his kidnappers “for Adar,” one says, referring to the episode’s title.

For reasons unknown to their enemies who dislike sunlight, he and his fellow captive elves are forced to carve a path through scorched savage lands.

One of them believes Adar is Morgoth’s heir and possibly another name for Sauron himself. Galadriel, meanwhile, remains at sea with her rescuer Halbrand as the group of men who picked them up take them to an unknown port. Read on to find out who the Meteorite Fallen Stranger is.

This port turns out to be the legendary isle of Nmenor, by far the most majestic setting in The Rings of Power thus far.

It’s a grand place that evokes the ancient world, the kind of place that can only be found in fiction or the past; our world is far too harsh, far too cruel for such a place to exist.

Here is a summary and explanation of the ending of The Rings of Power episode 3!

EPISODE 3 OF THE RINGS OF POWER EXPLAINED!

Elendil returns Galadriel to the island’s west, where the Elves are still quietly worshiped, and their language is even taught and used in inscriptions.

The general conclusion from our first introduction to Nmenor is that it is a strong place, but it is going through an identity crisis, which is mirrored in its people.

From Elendil to Queen Regent Mriel, the island’s rulers are unsure of what is right and wrong. Read this to find out who Adar is.

The monarch visits her father at the end of Episode 3 of The Rings of Power (a certain Tar-Palantir, who does not appear on screen).

Mriel wears a worried expression as she tells her father that the dreaded moment has arrived, and the Elf has arrived. Shiver-inducing language. In the next episode, we’ll learn more about this prophecy.

Then we go to Pievelus, where the real drama unfolds when a foreigner arrives at the camp by chance and ruins the party.

After the cat is out of the bag, Nori admits to harboring a man who crash-landed on Earth and wields sloppy magic.

Still, she believes the Stranger is good, and her faith is rewarded at the end of Episode 3 of The Rings of Power.

The Rings of Power Episode 3 concludes with Arondir desperately fighting off orcs and an evil warg to assist his former elf commander in fleeing to seek help. But this is an insane mission. Read on to learn everything there is to know about Episode 4.

Arondir manages to assist his brother Revion in escaping, but the orcs kill Revion with arrows. Arondir is furious and manages to survive the warg.

As the orcs plot Arondir’s death, one of them says, “Take him to Adar.” Episode 3 concludes with a blurry image of what could be an orc…or a dark elf.