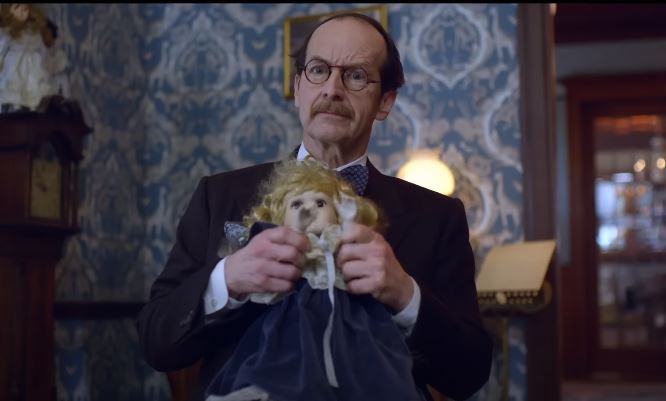 DISCOVER THE EXPLANATION OF THE END OF SEASON 2 OF AMERICAN HORROR STORIES! SPOILERS!

Disney Plus now has American Horror Stories! Continue reading for an explanation of the Season 2 finale!

Some outstanding horror films find terror in the unknown depths of the sea, whether it’s open-ended monster movies like Deep Rising or more traditional horror films like The Thing.

Underwater, or Creepshow 2’s “The Raft” segment, or terrifying stories set near water, such as The Shallows.

American Horror Story has largely avoided stories of underwater misfortune, though a story centered on the Loch Ness Monster or other aquatic Cryptids appears to be on the show’s radar. The season 2 finale of American Horror Stories, “Lake,” foregoes a modern monster mythos in favor of a dark meditation on grief and guilt. The  Season 3 release date can be found here.

The episode’s triggering incident is based on a paranormal issue, but the episode largely keeps the sense of real horror and danger off-camera and is left to the audience’s and characters’ imaginations.

‘Lake’ has a deep message, but it’s another half-baked premise that doesn’t start fighting against the tide until its final act, by which time it’s too late. He ascends above the suffocating current. Here’s an explanation for the end of American Horror Stories Season 2!

EXPLAINED THE ENDING OF AMERICAN HORROR STORIES IN SEASON 2!

Erin and Finn discover at the end of American Horror Stories Season 2 that businessman Wrede Prescott has chained so many members of the Boone family to a block because they were rebelling against the dam he wanted to build.

A flashback reveals that Wrede chained them there as the dam filled and the lake formed, with the Boones’ descendants desperately attempting to destroy the dam for nearly 90 years.

However, their efforts are always thwarted by Spengler and Webber, the law firm that Wrede Prescott has placed his trust in to defend the dam.

It is then revealed that Jake’s father, Jeffrey, is the lead attorney on this case as well as that he is a Prescott on his mother’s side, with the American Horror Stories character explaining that the dam of Wrede Prescott is the source of all of their family wealth.

At the end of American Horror Stories Season 2, the lights in their house go out as zombies emerge from the lake, taking Jeffrey with them.

As Erin and Finn come to terms with Jeffrey’s family’s crimes and the true nature of the lake, they decide that the only way to stop the horrors is to reveal the truth about the Prescotts to the world.

The big reveal at the end of American Horror Stories Season 2 is that Jeffrey is protecting the Prescotts’ interests because he is a Prescott himself.

Throughout “Lake,” Jeffrey attempted to keep Erin and Finn away from the area, even placing Finn in a psychiatric clinic because she insisted that something had reached Jake and dragged him to his death.

Jeffrey had also become distant since Jake’s death and obsessed with his work, suggesting that he fought even harder to protect the dam after another death in the lake. It’s here where you can find out when Season 3 will be released.

Given that Jeffrey was in charge of their surname’s legal defense, he was more than likely aware of Wrede Prescott’s crimes.

Jeffrey stated that Wrede built this town from the ground up and that they owe him everything, implying that the real reason they had to stop the dam from emptying has been passed on to the Prescotts who worked for the law firm that Wrede has staffed.

The American Horror Stories character mentions that Wrede Prescott’s legacy was to transform the city into a prosperous destination, so he was tasked with ensuring that this legacy lives on and not one that labels Wrede as well as all Prescotts as assassins.