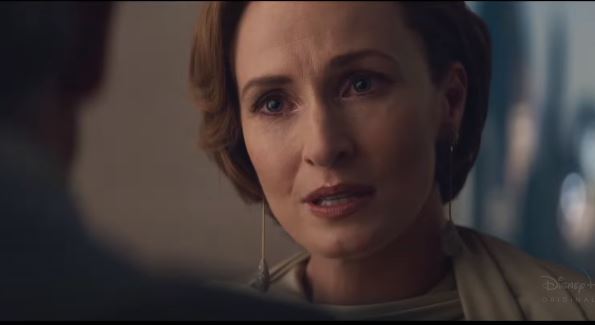 ALL THE DETAILS ABOUT THE RELEASE OF ANDOR EPISODE 8! DATE AND TIME OF RELEASE!

Andor is now available through Disney Plus! Continue reading to find out when Episode 8 will be released! Without a doubt, Andor is the best Star Wars series of all time.

The Mandalorian is a fantastic nostalgic and fun series, but this one is a cut above: emotional, and clever, so it enriches the galaxy far, far away.

The final episode saw the execution of Aldhani’s heist under the magnificent rays of the eye, twinkling like a meteor.

They were successful, but the cost of collateral damage was high. Read on for an explanation of the ending of Andor episode 7.

Episode 7 follows immediately after and demonstrates that Andor isn’t interested in cheap thrills, allowing each character to breathe, process, and wrestle with an evolving reality. Some may find the slowing down difficult to bear, but it was a necessary step back.

Before the end of the episode, we travel to the sunny beach of Niamos, where Nicholas Britell has composed a poppy and unique score that makes heads turn.

Cassian’s life appears to be peaceful until a soldier misidentifies him as one of the local criminals on the run, and he is apprehended by a rather familiar droid, not K-2SO, but a KX-series robot, which could herald the imminent arrival of Alan Tudyk’s droid.

Cassian is charged with several offenses and sentenced to six years in prison as part of the re-sentencing directive; one can only assume that either Luthen or the Rebels will bail him out of this mess.

We tell you everything you need to know about the release of Andor episode 8 on Disney Plus! Everything is revealed!

WHAT IS THE RELEASE DATE AND TIME FOR ANDOR EPISODE 8 ON DISNEY PLUS?

The wait is no longer excruciating! Episode 8 of Andor will be available on Disney Plus on October 26, 2022.

For the most impatient, episode 8 of Andor on Disney Plus will be released at 9 a.m! Read on to find out how many episodes Season 1 will have.

Next week, Episode 8 of Andor on Disney Plus will kick off a new three-episode arc, which means the Rebellion and Mon Mothma’s efforts to bring down the Empire will continue.

Syril Karn and Dedra Meero may also collaborate or at least cross paths after the latter’s investigation into the events of Ferrix is approved.

There are still a few storylines to resolve, and perhaps Episode 8 of Andor on Disney Plus will be the point at which everything comes together.