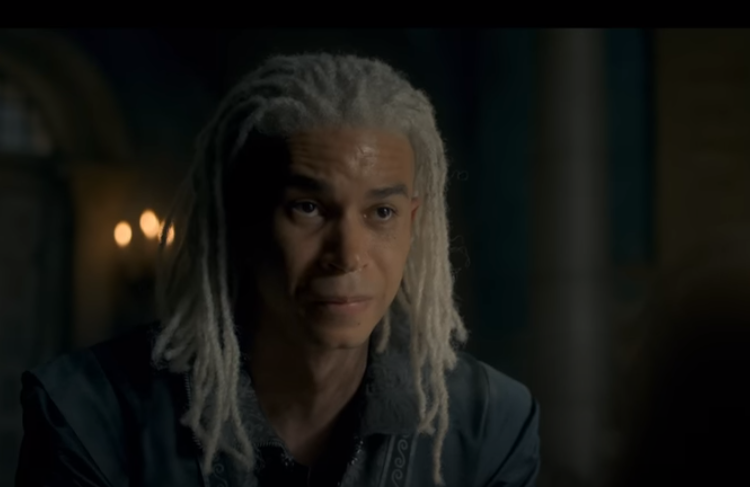 DISCOVER THE SUMMARY AND EXPLANATION OF THE END OF HOUSE OF THE DRAGON EPISODE 7 ON OCS! SPOILERS!

House of the Dragon is now on OCS! Continue reading if you want to know what happened at the end of Episode 7!

House of the Dragon and Game of Thrones are no strangers to shocking twists.

Even so, the ending of House of the Dragon episode 7 “Driftmark” is especially shocking. Read on to find out how many episodes the season will have.

The final scenes of House of the Dragon Episode 7 hit this same gas pedal for a truly chaotic series of reveals after a languid, almost tranquil episode.

Rhaenyra and Daemon Targaryen formalize their relationship in the eyes of the gods.

At the same time, something very serious is happening to Rhaenyra’s current husband, Ser Laenor Velaryon… or is it? It’s here that you’ll discover why Vhagar allows himself to be ridden by Aemond.

Things move quickly, and you may have missed what occurred. With that in mind, here is an explanation of the House of the Dragon episode 7 ending and its significance for the series.

Qarl Correy escapes on a boat after the alleged murder of Laenor Velaryon at the end of House of the Dragon episode 7, but the man accompanying him on the boat is Laenor Velaryon, who lives and breathes!

This twist, which alters the perception of the character’s motivations and conclusions, was not included in George RR Martin’s book Fire and Blood.

While the conversation between Daemon and Rhaenyra during Laenor’s duel suggested they were plotting to assassinate Driftmark’s heir, it turns out Laenor was in on the whole thing all along.

Rhaenyra and Daemon’s prank around Laenor’s death was particularly brilliant in the world of Game of Thrones. Follow all of the actors on Instagram by clicking here.

Before Laenor and Qarl’s sword fight, Daemon was shown killing a family servant of House Velaryon in the halls of Driftmark, with this man’s body used as a decoy for Laenor in the fireplace.

Rhaenys and Corlys had no reason to doubt the man’s identity because his face and most of his body had been burned beyond recognition.

By faking Laenor’s death, he was able to live and love freely with Qarl while Rhaenyra and Daemon could finally marry in Westeros.

Rhaenyra genuinely loves Laenor on a platonic level, so the plan to fake her death benefited them both in the end. Read this to learn everything there is to know about Episode 8.

The manipulative Alicent Hightower accuses her stepdaughter but also her brother-in-law of demeaning the values of duty, honor, kingdom, and righteousness at the end of House of the Dragon episode 7.

Rhaenyra and Daemon, on the other hand, use this perception to their advantage.

The conclusion of House of the Dragon episode 7 indicates that Rhaenyra, as well as Daemon, wield incredible power and influence when they work together, and they will no longer have to hide their romance from the kingdom.

When Viserys dies, Otto Hightower knows Alicent will support his plan to crown Aegon rather than Rhaenyra.

War is looming, and Otto understands that Aegon must be crowned first. With the Greens now in control of Vhagar and the bloodshed on both sides, the House of the Dragon civil war he orchestrated comes to an end.