House of the Dragon Episode 7 : Is Laenor Dead ? 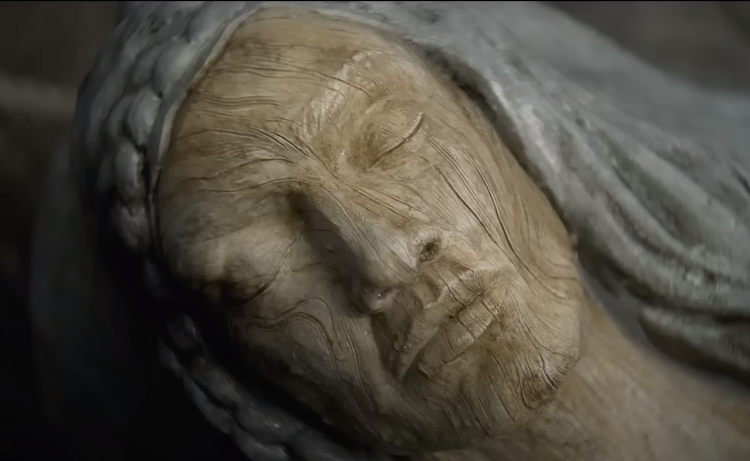 House of the Dragon Episode 7 : Is Laenor Dead ?

IN HOUSE OF THE DRAGON EPISODE 7, DISCOVER THE EXPLANATION OF QARL AND LAENOR’S PLAN! IS LAENOR STILL ALIVE?

House of the Dragon is now on OCS! Continue reading if you want to learn everything there is to know about Qarl and Leanor!

To put it mildly, House of the Dragon Episode 7 is a complete surprise. It’s the first episode of the season that doesn’t make a time jump from the previous one, and it brings nearly every character we love together in one place to sting. Read this to learn more about the Targaryen family tree.

Daemon approaches Laenor’s boyfriend/lover, Qarl, with a plan near the end of the episode.

He tells him that there are places across the Narrow Sea where people don’t care about titles, only money, and he has a proposal that could turn Qarl into a wealthy man.

He says he needs a murder with a lot of witnesses, but he doesn’t specify that the body is Laenor’s.

We’ll get back to this later. Here is the plan’s explanation with Laenor and Qarl!

IN THE BOOK, IS LAENOR DEAD?

First, in the Fire & Blood novel, Laenor Velaryon dies in the same manner… albeit in a much more simplified version.

He is killed after an argument with Qarl Correy, and Daemon Targaryen is suspected of being behind it all.

According to George RR Martin, that’s it: Rhaenyra was not involved in her husband’s death, and it was a real death with no evidence that Laenor could have escaped.

As seen in House of the Dragon The fight took place at a fair in Spicetown, with apparently real witnesses to death, Laenor’s body being taken by Corlys Velaryon and properly buried.

EXPLAINING THE QARL AND LAENOR PLAN

For those who are curious. Yes, Rhaenyra and Daemon’s plan is well known to Qarl and Laenor.

They did not come up with this ending because we see Daemon kill the guard, who is later burned to make it appear that it is Laenor’s body.

But why then kill Laenor? Read on to find out how many episodes the season will have.

Pretending to kill Laenor allowed Rhaenyra and Daemon to marry, which is important in several ways.

Rhaenyra is now married to a pureblood Targaryen, with whom she can produce pureblood heirs, after years of questioning the legitimacy of her marriage and children. Follow all of the actors on Instagram by clicking here.

It immediately strengthens Rhaenyra’s claim to the Iron Throne, her and her children’s safety, and her future lineage in one fell swoop.

The fabricated nature of Laenor’s death, as well as Rhaenyra’s unexpected involvement in it, is also significant.

People should love and respect her, but they should also be afraid of her, as Daemon points out. Read this to learn everything there is to know about Episode 8.

Daemon and Rhaenyra managed to strengthen their position and make it more difficult for their enemies in one fell swoop, and Laenor Velaryon’s death wasn’t even required for that. It’s here that you’ll discover why Vhagar allows himself to be ridden by Aemond.

WHAT ARE LAENOR AND QARL UP TO NOW?

Keeping Laenor alive is critical for two reasons. First and foremost, it allows Rhaenyra Targaryen to avoid being viewed as a villain, and it ensures that she orchestrated this plot to free herself and her husband from a failing marriage. overpower them

The other goal, (although Laenor is always likely to return) as well as to “die,” he is given what he desires: the freedom to live his life as he sees fit, to participate in all the pleasures he enjoys, and a happy ending.

It was never revealed what happened to Qarl Correy after Laenor Velaryon died in Fire and Blood. He disappeared after crossing the Narrow Sea.

Laenor’s return appears unlikely; there’s not much left for him in Westeros after his sister’s death, despite his feelings for Rhaenyra and her children, and returning would mean risking everything. Read on for the complete Velaryon family tree.

Laenor and Qarl will be able to spend their final days in the Free Cities, fucking and fighting whenever and wherever they want.