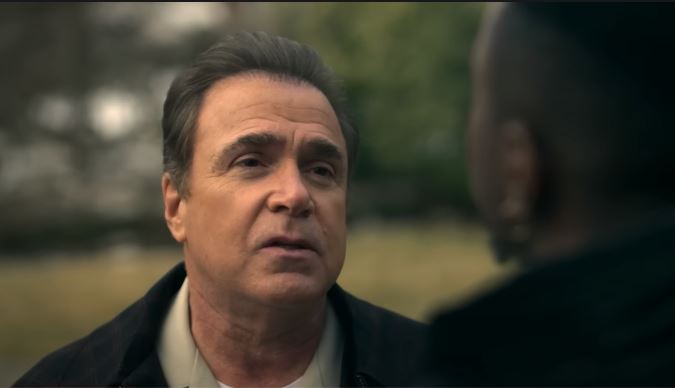 Get everything you need to know about Power Book 3: Raising Kanan season 2 episode 9!

There is only really one thing on our minds as we get ready for Power Book III: Raising Kanan season 2 episode 9 on Starz next weekend: Is Marvin still alive? Did he make it through the mayhem at the episode’s conclusion?

Unfortunately, the “Anti-Trust” promo below doesn’t reveal much about what will happen next.

In light of that, we simply leave it with more queries. Raq will eventually learn how much, for instance, and when.

Marvin might survive the shooting, but he probably isn’t in good enough shape to return to the scene and exact revenge on Sal and his followers (who, in reality, were already receiving their form of “revenge” even though Marvin did not shoot Marco in the first place).

The more likely scenario for us going into this episode is pretty straightforward: Renee dies, which puts Marvin’s anger to the ultimate test because she was the one who helped him work through some of his anger issues.

Numerous of his relationships will suffer as a result, and he will undoubtedly be more inclined to act quickly.

Regarding what else might be going on in this episode, get ready for Raq to start interrogating Unique about his involvement in the situation.

Although he and Raq are not close, they have known one another for a long time, and we are aware that Unique has his own set of rules.

He’s not going to tell Sal about the Thomas family; he probably has his agenda. He’s not exactly going anywhere anytime soon, in our opinion.

About Power Book III: Raising Kanan season 2 episode 9, what are you most interested in seeing?

Make sure to share in the comments right away! After you’ve done that, keep in mind to check back for some additional updates you don’t want to miss.