Shantaram: Is the series inspired by a true story? 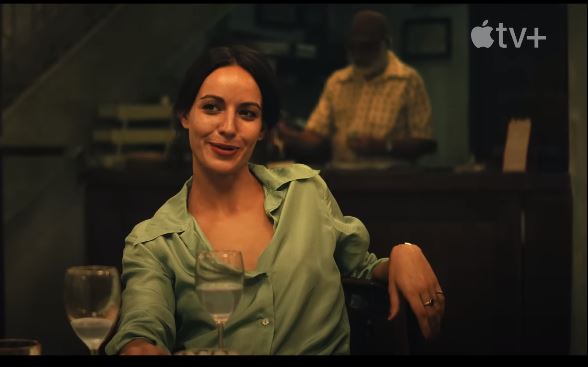 Shantaram: Is the series inspired by a true story?

DISCOVER WHETHER SHANTARAM ON APPLE TV+ IS BASED ON REAL PEOPLE!

Shantaram is now on Apple TV+! Continue reading to find out if Shantaram is based on a true story!

In Apple TV+’s new series Shantaram, Charlie Hunnam is on the run. But what is the difference between reality and fiction?

The debate has raged on since the book’s publication in 2003. While certain elements of the book are based on author Gregory David Roberts’ personal life, the majority of the conflicts and a large portion of the narrative are completely invented.

However, this hasn’t stopped many people from claiming that they inspired the characters and that their reality was taken and used without their permission. This is before even entering the complicated and well-oiled machine that is Hollywood.

The new series is the result of a 20-year project, with movie executives wanting to create a film adaptation for the screen for years.

Johnny Depp, Russell Crowe, and Joel Egerton were all involved in Shantaram-related projects that never materialized. Is Shantaram inspired by a true story?

IS THE STORY OF SHANTARAM TRUE?

Yes, Shantaram is inspired in part by a true story. The series is based on Gregory David Roberts’ eponymous novel, which is a partially fictionalized account of the author’s life.

Gregory David Roberts, aka GDR, was a thief who preyed on building society branches, like Lin.

He was found guilty and sentenced to prison at Pentridge, but escaped in 1980.

GDR arrived in Bombay after his escape, much like the protagonist of ” Shantaram “, and formed friendships with several people who inspired the novel’s characters.

However, the author did not create the narrative for the novel and its standalone sequel, “The Shadow of the Mountain,” entirely from his own life.

Lin returns to Bombay from Prabaker’s village and establishes a free clinic to assist the city’s slum dwellers.

In reality, the RDA ran an illegal free clinic in Bombay in the 1980s. Lin’s recruitment by the Bombay underworld to commit various crimes is also not a fictitious detail.

GDR was allegedly involved with the Bombay Mafia at the time in the smuggling of passports and foreign currency.

It’s nearly impossible to tell the difference between fact and fiction in ” Shantaram “, especially when GDR contradicts himself on the subject.

Finally, Shantaram follows Lin, an escaped prisoner on the run, on his journey to becoming a Shantaram. It’s here if you want to know what Shantaram means. GDR, like Lin, was given the name Shantaram.

Shantaram tells the fictionalized story of GDR’s extraordinary life in Bombay, where he reinvented himself.

His experiences form the basis for the plots of the novel and series, which also include some fictional elements. As a result, Shantaram is based in part on a true story.