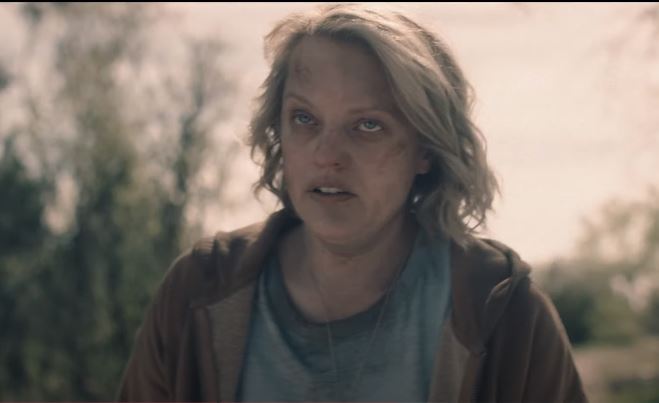 EXPLAIN THE ENDING OF EPISODE 6 OF SEASON 5 OF THE HANDMAID’S TALE ON OCS! SPOILERS!

OCS now has The Handmaid’s Tale available! Continue reading for an explanation of the ending of Episode 6 of Season 5!

The Handmaid’s Tale season 5 episode 6 is, at the very least, noteworthy. In short, at the end of Episode 6, almost every character on the show faces a major decision.

Serena realizes that her patrons, the Wheelers, may have welcomed her as a servant rather than a friend.

Aunt Lydia discovers Esther is pregnant after being raped by Commander Putnam and goes to Commander Lawrence to seek revenge on Putnam.

Under Lawrence’s watch, Nick executes Putnam in broad daylight during a brunch with his wife.

We also learn that Nick’s wife Rose is expecting a child and is well aware of what he did to Putnam. Read this to find out everything about the release of Episode 7.

Finally, when Luke, as well as June, are separated at the border and June is turned over to the Wheelers to be dealt with once and for all, Serena begs and begs to be present when their henchman, Ezra, plans to murder June.

At the last second, she persuades him to let her pull the trigger, and instead of killing her nemesis as well as former servant, she shoots Ezra and drives his car to an unknown destination with June in tow. The end of episode 6 of Season 5 of The Handmaid’s Tale is explained here!

Serena sets out to murder June with Ezra at the end of The Handmaid’s Tale Season 5 Episode 6. She aims at her adversary and makes her kneel.

Instead of murdering June, Serena shoots Ezra and flees the scene, forcing June to drive her car. Although Serena desires to murder June, she prefers her freedom and that of her unborn child at this time.

Ryan & Alanis’ obsession with Serena’s unborn child suggests that they see her as a servant to them.

They must plan to take Serena’s baby away after she gives birth, which explains why the Wheelers installed a “birth suit” in their home.

Serena’s thirst for vengeance will be satisfied by killing June, but she will have to return to the Wheelers and become their servant.

She needs help to avoid this, and who better than June, who has overcome all the obstacles that have threatened her life?

Serena needs to find a safe place to get away from the Wheelers at the end of The Handmaid’s Tale Season 5 Episode 6, and she can force June to find one by threatening to kill her.

Serena knows she won’t be able to care for herself or her baby on her own now that she’s pregnant.

Having June by his side at gunpoint will aid him in devising an escape strategy. As a result, Serena decides not to murder June because survival takes precedence over vengeance.

Nick and Lawrence can save Putnam at the end of The Handmaid’s Tale Season 5 Episode 6, but they choose not to.

The impregnation of the maidservant verbally assigned to him does not result in anyone being executed in Gilead, but the commanding duo ensures that it is for Putnam.

Lawrence will be able to carry out his plan, making Gilead more accessible to other nations, if he kills Putnam.