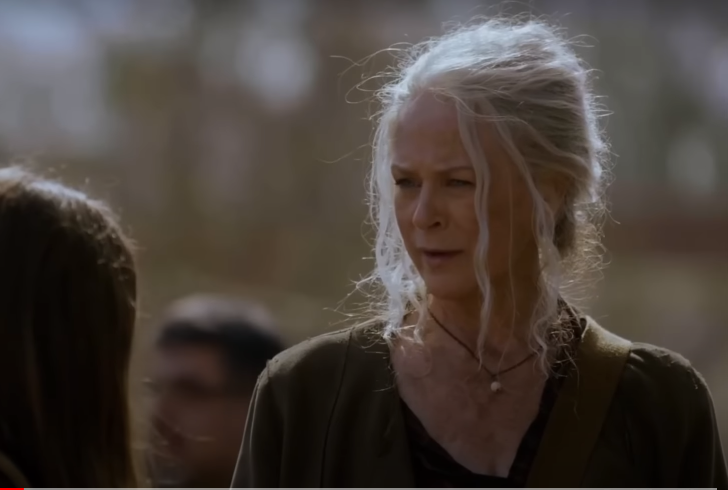 DISCOVER THE EXPLANATION FOR THE END OF EPISODE 17 OF THE WALKING DEAD’S SEASON 11! SPOILERS!

The Walking Dead has returned to OCS & AMC! Continue reading to find out what happened at the end of Season 11 Episode 17!

The opening moments of this week’s The Walking Dead premiere delve deep into the series’ history, showing a selection of moments dating back to “Days Gone Bye” and continuing to the present day.

Daryl is taking out Walkers while trying to hide from Lance Hornsby, the latest in a long line of smiling threats.

The cavalcade of villains, from Shane Walsh to Negan Smith, tend to smile the most in the cold open, while our heroes look serious in their quest for survival in a world dominated by the dead.

Giving in to the darkness that thrives in power-seekers like Hornsby and Sebastian Milton must have some allure.

Here’s an explanation for the ending of The Walking Dead’s Season 11 episode 17!

THE ENDING OF THE WALKING DEAD SEASON 11 EPISODE 17 IS EXPLAINED!

Also, the list of possible escape routes is rapidly dwindling. Everything you need to know about Episode 18 is right here.

Strangely, at the end of Season 11 episode 17, we see Lance smiling, with the expression of a calm and composed individual, even though Daryl could finish him off with a flick of his wrist.

The image of Lance smiling like a hyena in such dire circumstances harkens back to the sadistic, self-destructive streak revealed in Lance’s quieter moments in The Walking Dead season 11.

It’s almost as if he enjoys being in mortal danger. Another interpretation of Lance Hornsby’s sinister smile exists.

In terms of that asset, The Walking Dead has already hinted that Lance is linked to the franchise’s main villains, the Civil Republic military.

CRMs are great, but they can’t appear in the sewers and save Lance Hornsby from Daryl’s knife, so why is the Republic villain still smiling if his black-armored associates can’t? to assist?

Lance Hornsby may even know where Rick Grimes is. If Lance has any ties to the Civic Republic after being apprehended by the CRM during The Walking Dead Season 9, he may know something about this mythical “Rick” figure that newcomers to Alexandria keep telling me about. mention.

If Daryl’s knife begins to twitch, Lance may realize he can entice Rick Grimes to save his ass.