The Watcher: What happens to John & Andreas Woods today? 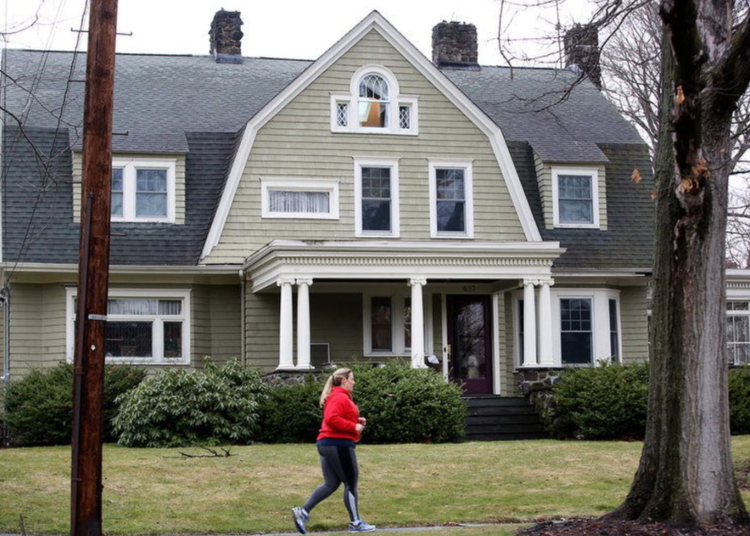 The Watcher: What happens to John & Andreas Woods today?

LEARN WHAT HAPPENS TO JOHN AND ANDREAS WOODS TODAY, FORMER OWNERS OF THE HOUSE OF THE WATCHER!

The Watcher is now on Netflix! Continue reading to find out what John and Andreas Woods are up to today!

Despite being based on the true story of an infamous New Jersey house, Netflix’s The Watcher series allows for plenty of creative licenses.

When a family moves into their new home in Westfield, New Jersey, they are met with a chilling welcome from everyone in the neighborhood and begin receiving threatening letters from an anonymous stalker known as “The watcher.” It’s here where you can find out how much it costs based on the true story.

According to a 2019 report, Derek and Maria Broaddus, the real people who received the disturbing letters, never lived in the six-bedroom house at 647 Boulevard.

The Broaddus has since moved on from the $1.3 million property, but they are still trying to solve the case and find the person responsible for the disturbing letters, especially since one of their neighbors also received communication from the Watcher.

WHERE ARE JOHN AND ANDREAS WOODS TODAY?

John and Andreas Woods received their so-called first and only Letter from the Watcher in 2014, just days before an ownership agreement was reached between the Woods and Broaddus families.

Andrea Woods later stated that the letter was strange but not threatening. It’s here where you can find out what was written in real letters.

She claimed she threw the letter away when they moved. The Broaddus sued John and Andreas Woods in 2015, alleging that the former owners of 657 Boulevard failed to disclose material information about just the Watcher and their letter before the deal was finalized. Read on to find out what happened to the Broaddus family today.

The lawsuit lasted nearly two years before being dismissed by Judge Camille M. Kenny in October 2017.

She also dismissed four counts of the Woodses’ counterclaims, in which they accused the Broaddus family of attempting to smear their reputation as well as ruin the 1905 Dutch colonial-era mansion with multiple renovations.

According to one of the public theories Wiedeman discovered while writing a 2022 update for the original report, Kaplow’s brother, Robert Kaplow, is a suspect for being The Watcher.

Considering all of this, it’s easy to see why John and Andreas Woods have chosen to keep their current location a secret.