by Khaled H-B
in Entertainments, Series
0 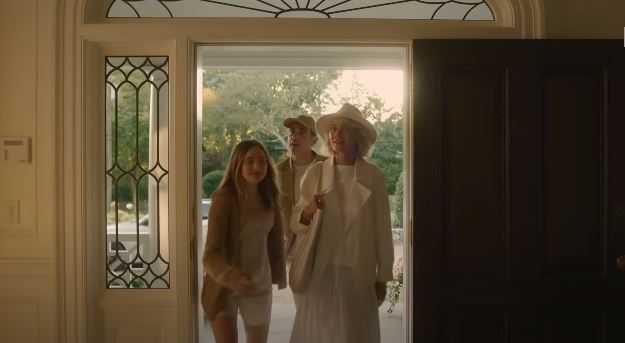 DISCOVER WHAT HAPPENS TO DEAN AND NORA BRANNOCK’S REAL FAMILY TODAY AFTER THE WATCHER!

The Watcher is now on Netflix! Continue reading to find out what happened to The Watcher’s real family today!

The Watcher, Netflix’s new horror-thriller series, premiered today. It tells the eerie story of a couple who moves into their dream home only to receive a mysterious letter informing them that they are being watched.

What is the strangest aspect of this series? It is based on a true story. It’s here where you can find out how much it costs based on the true story.

Dean and Nora Brannock are played by Bobby Cannavale and Naomi Watts in the seven-part series.

The Brannocks and their two children move into their dream home in Westfield, New Jersey, but they quickly discover that their new neighborhood isn’t very welcoming. You can read what was written in the original letters here.

There are neighbors who don’t understand property rules, as well as a real estate agent who makes the couple feel as if they don’t belong.

Shortly after moving in, the couple receives a letter from someone known as “The Watcher” or “Le Veilleur” informing them that they have been assigned to watch the house before its “second come.”

But what happens to the real family today, as portrayed by Dean and Nora Brannock in The Watcher?

IN REAL LIFE, WHO ARE DEAN AND NORA BRANNOCK?

The Watcher’s real-life case, as depicted in the series, turned into a nightmare for Derek and Maria Broaddus, portrayed as Dean and Nora Brannock, after they purchased their dream home for $1.3 million in 2014.

After receiving the first letters from The Watcher, the real family began to fear for their safety, particularly that of their children, and the couple put the house back on the market six months later.

When shown the letters the Broaddus had received, any potential buyer was dissuaded from closing the deal.

257 Boulevard was relisted in the spring of 2016, but Broaddus was unable to find a buyer.

After renting the house for several years, the Real Family finally sold 657 Boulevard in 2019 for $959,000, nearly $400,000 less than they paid for it originally. Read on to find out what happened to the house today.

WHAT HAPPENS TO THE REAL FAMILY AFTER THE WATCHER?

The Watcher’s real family is said to still live in Westfield, New Jersey, where their ordeal occurred.

In 2016, the Broaddus borrowed money from family members to purchase a second home in Westfield.

However, they reportedly used an LLC (limited liability company) to purchase the property in order to keep the location private so that the anonymous Watcher couldn’t track them down. It’s here to find out what happened to the Watcher today.